Do you know where your coffee comes from? Learning the difference means you'll be able to buy better coffee, for you, for farmers and for the future of coffee! 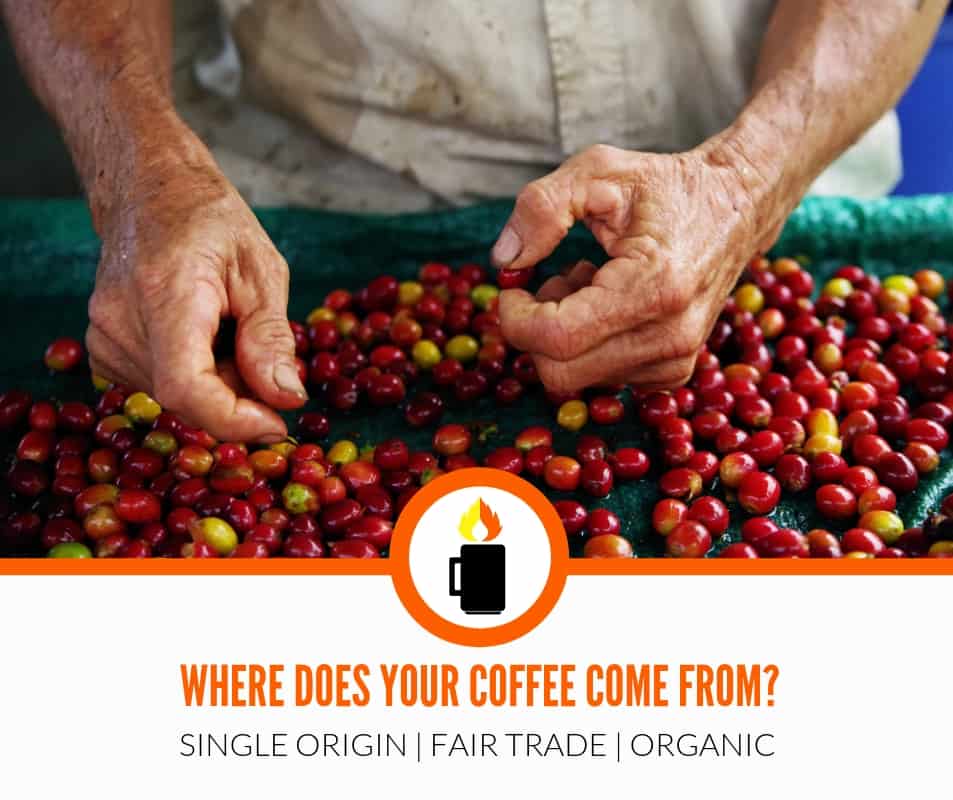 Many people are not aware of the differences between the three categories of coffee sourcing, but all three ways that coffee is grown and produced are extremely unique.

While generally, the production of coffee is similar, from the growth and production of the beans to how to prepare the coffee grounds, the differences among the three should be well known among every coffee expert so you can choose the right coffee beans for you. 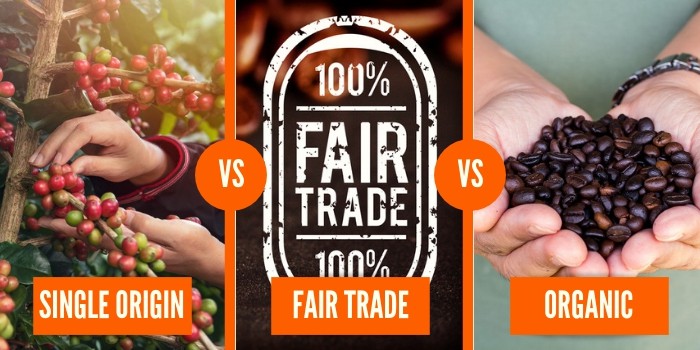 Where Does My Coffee Come From?

Coffee is among one of the largest sought-out commodities in the world.

According to the National Coffee Association, the total economic impact of the coffee industry in the United States is well over $225.2 billion annually.

With the huge economic impact of the coffee industry, there are many different production methods in place by coffee suppliers to insure the most return on revenue, while still providing for high quality coffee.

This production style often includes the location of farming and production of the beans, as well as the production process itself, which often effects the taste and aroma of even the simplest cup of coffee.

What Is Single Origin Coffee?

The first category of coffee, single origin coffee, is the most straight forward of the three categories.

Simply, single origin coffee is particular to one region of the world.

Usually, the coffee will be named the area that it was grown or produced, so coffee shops often name their single origin coffee beans the “Ethiopian blend” or remark that “these beans are our Kenyan”.

By naming the blend after the country that it was produced in, single origin coffee labels provide a good idea of where a particular blend is from, along with the taste, aroma, and strength of the beans.

Unlike Fair Trade and organic coffee, single origin doesn’t have any guidelines or production style that companies have to follow, just as long as the production is up to the Food and Drug Administration’s (FDA) certified conditions.

Watch this awesome episode from PBS, "The Story of Coffee" to learn more about how coffee is sourced and produced, and why it matters:

Though it is not mandatory, there are many companies and coffee farms that produce single origin coffee that is also certified organic and follow the strict Fair Trade guidelines.

These are usually among the most expensive coffee blends and beans on the market.

Because of the expense, many baristas suggest using single origin coffee to prepare pour-overs to extract as much flavor from the beans as possible.

Pour-overs typically take baristas a few extra minutes to prepare than the average brew, but the pour-over technique is the best way to extract the most flavor and aroma out of the coffee grounds.

The pour-over method creates a lighter roast, providing an airy, natural flavor of the single origin beans that enlighten the senses.

Unlike darker blends, light roast coffee actually contains more caffeine, while maintaining a weaker consistency that is similar in body to tea.

Single origin is often seen as a luxurious category of coffee.

While it may not be for those who are looking for a quick, on-the-go style visit at their local coffeeshop, single origin coffee is best for a quiet afternoon with time to spare, or for sharing while catching up with a friend over a light and decadent pour-over brew. 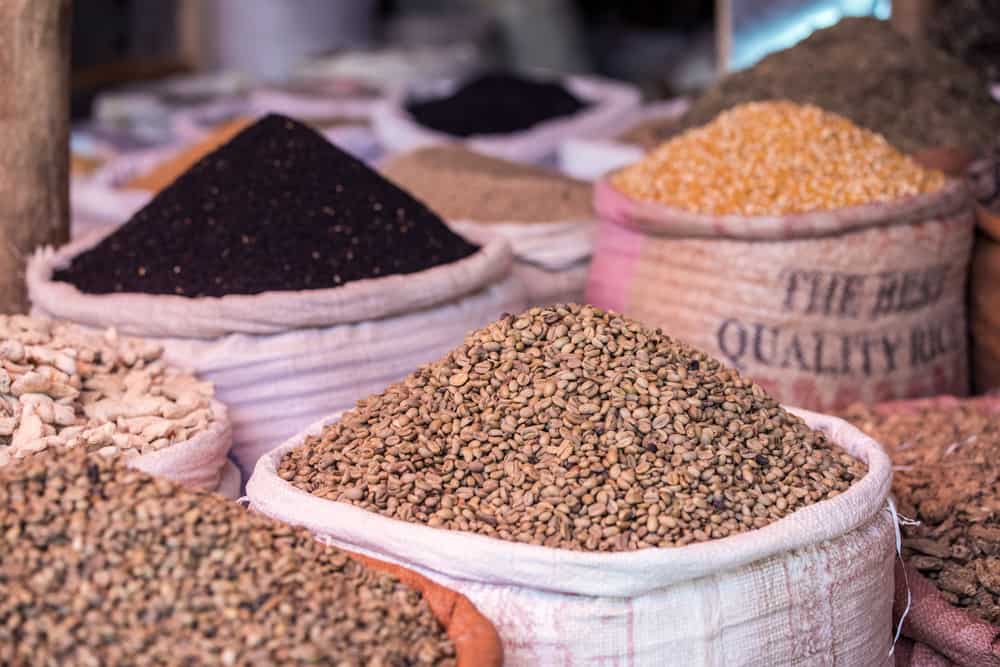 What Is Fair Trade Coffee?

As one of the most sought after commodities, the need for mass coffee production unfortunately allows for coffee corporations to insight inhumane working conditions and environmentally unsustainable productions.

To combat the negative effects of big business’s mass production of coffee, Fair Trade coffee can be seen as a brew on a mission.

As reported by the Fair Trade America website, this category of coffee is designed to support small business farmers and their communities in places like Latin American, Africa, and Asia, as well as protect the environment from harmful and unsustainable coffee farming.

In order to support these small town farmers, the paycheck that goes back to them is a set, minimum price which allows these individuals to have economic security, in turn, guaranteeing that the coffee is grown and produced through an environmentally sustainable production.

For coffee to be labeled as Fair Trade, the production of the coffee must live up to strict guidelines that are set in place by the World Fair Trade Organization.

These guidelines follow 10 principles of the Fair Trade organization that involve the ethical production and handling of products through providing opportunities, accountability and transparency, ethical working conditions, and fair payment.

While many consumers have opted for only buying Fair Trade certified coffee at their local grocery stores, there are many critiques of the category.

Though critiques believe this to be true, it has yet to be proven if Fair Trade coffee is lower quality coffee. 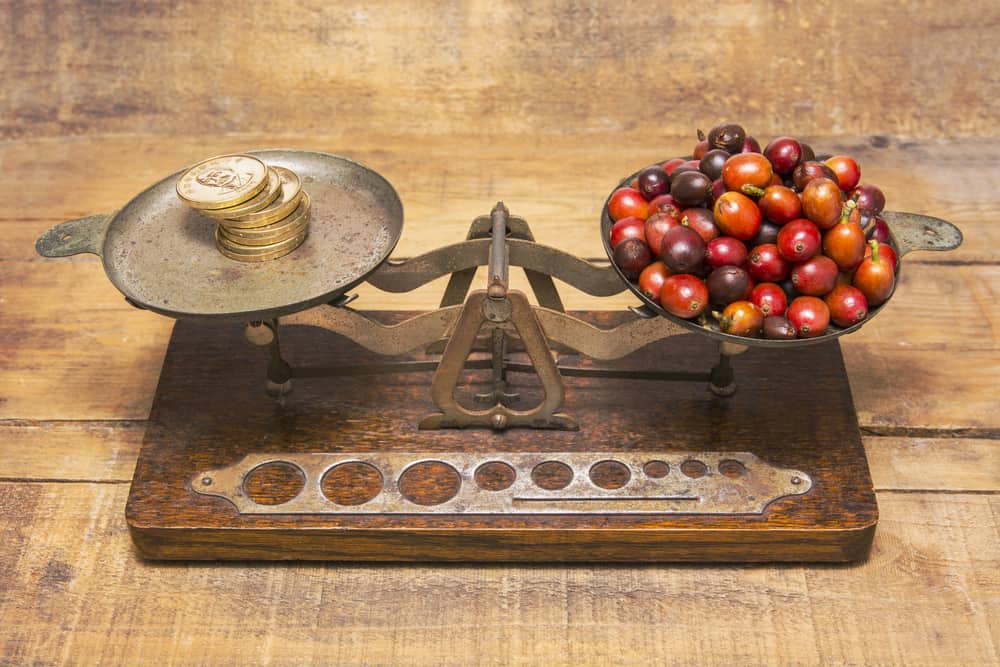 Discussing this further would be dependent on the company that is Fair Trade certified, as well as the overall taste and favorability of a type of blend, which, of course, differs from person-to-person. (Learn more about my gripes with Fair Trade here.)

Unlike single origin coffee, Fair Trade coffee doesn’t limit baristas to just one type of espresso or brew style. Fair Trade beans can be made into any type of coffee from cold-brew to your favorite oat milk latte.

What Is Organic Coffee?

The United States Department of Agriculture’s (USDA) National Organic program defines certified organic products as food produced by farmers who emphasize the use of renewable resources and the conservation of soil and water to enhance environmental quality for future generations.

Produce and products that are certified organic entails that there are no added antibiotics, growth hormones, or pesticides, and that the farm itself is government-approved, insuring the production of environmentally sustainable production.

This means that organic coffee is coffee with many strict rules and regulations that meet the USDA organic standards.

While eliminating harmful pesticides from the farms that coffee is grown in, certified organic coffee also entails that the production of the coffee is environmentally sustainable and is beneficial in conserving biodiversity.

Preserving natural resources, helping the environment, all while removing harmful chemicals, coffee companies that follow the guidelines regulated by the USDA are given the certified organic seal.

Similar to Fair Trade, organic coffee is enjoyed in a number of different ways and can be made into any style of coffee.

Organic coffee ranges in intensities and flavors, so there isn’t just one way that the organic beans should be enjoyed. 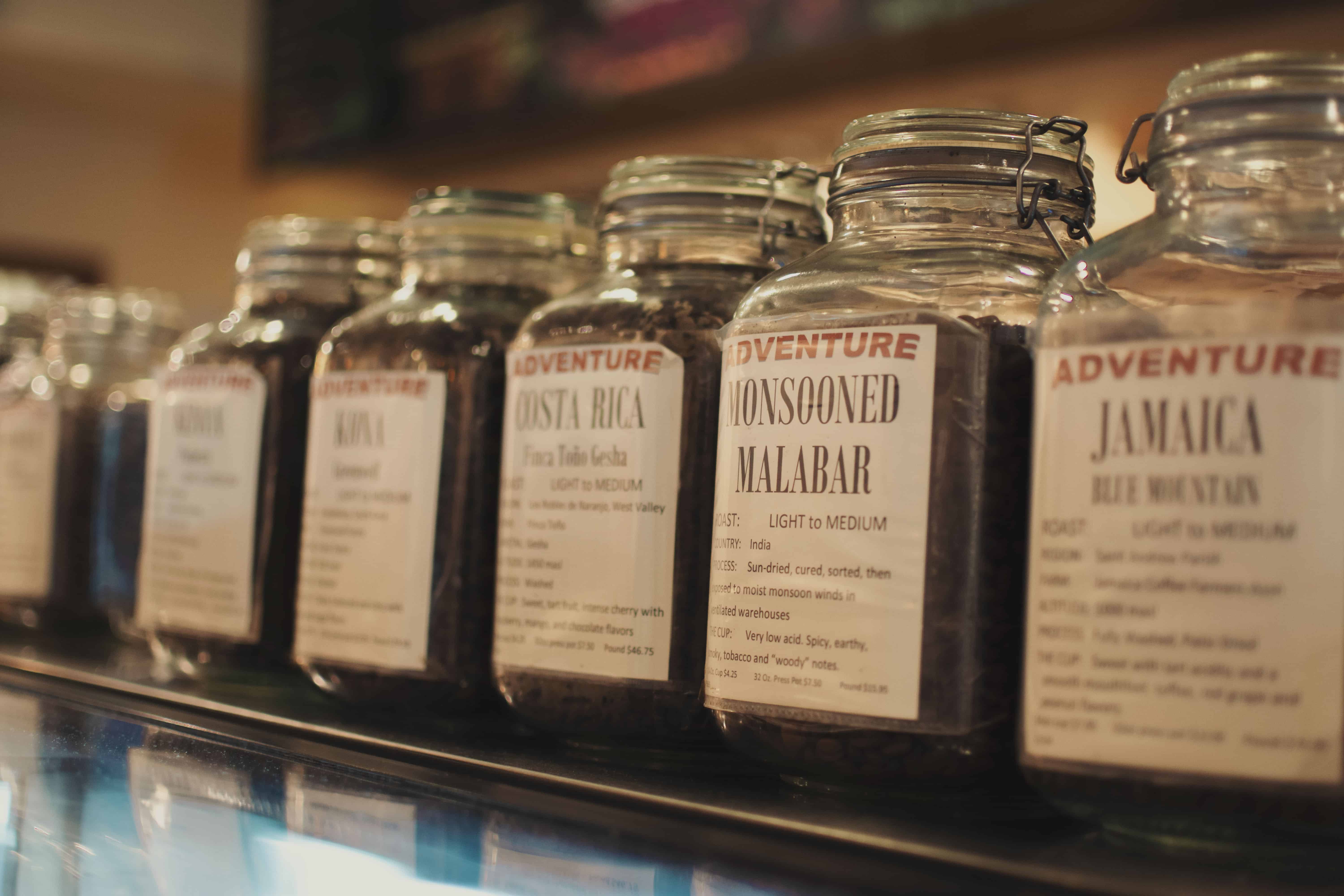 The expense of certified organic coffee blends range in price point. As the popularity has increased, organic coffee is seen to be more accessible and more affordable.

Because of the growing effort to ditch the harmful pesticides in people’s diets, many individuals can easily find certified organic coffee in most major grocery stores in the United States.

Though many have turned to organic coffee, there are many critiques of this category of coffee.

Technically, many smaller farms are already producing organic coffee because of the lack of affordable pesticides, but they also cannot afford the expensive costs of the USDA’s organic certifications.

A flaw in the coffee industry, many note that this is an example in the lack of support in place for smaller coffee farms and businesses.

What Do I Need to Know About Coffee Sourcing? 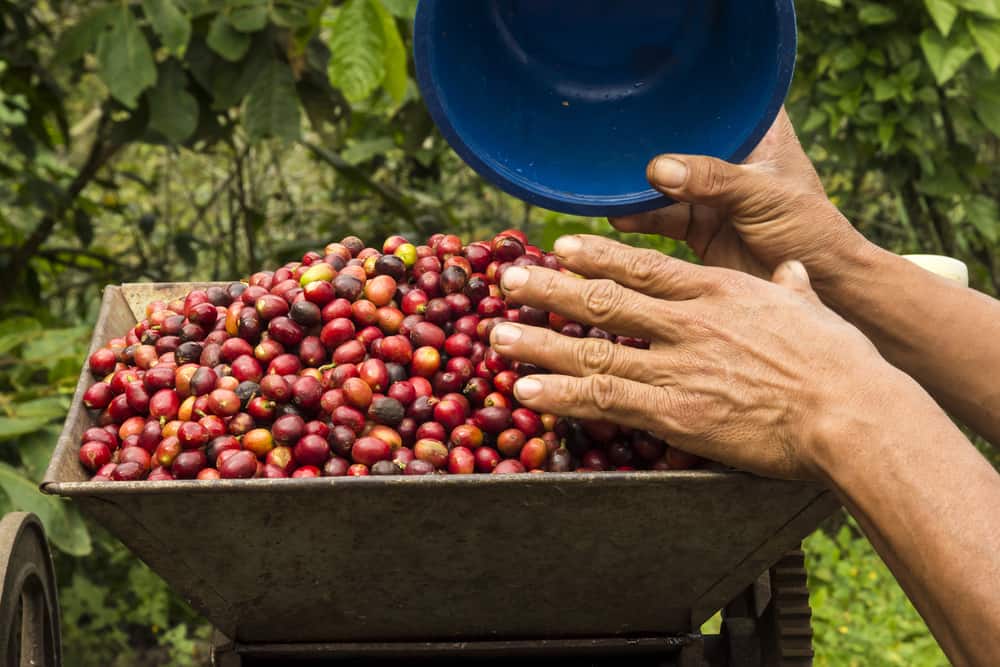 By understanding the three different categories of coffee, consumers can be more knowledgeable in choosing the best category for them.

The differentiating factors between single origin, Fair Trade, and organic coffee are:

What kind of coffee you buy is up to you, but knowing the difference between single source, fair trade and organic can help you make an informed decision about coffee, and how you want to play a part in coffee sustainability.

Coffee plays a major role in an individual’s day-to-day life.

Finding a brew that represents an individual’s beliefs, or even supporting their passion of finding new ways to enjoy coffee, a brew can be an avenue in pursuing passion and change through their morning cup.

Mowery, L. (2017, March 01). Here's Why Single Origin Coffee Is More Expensive But Worth Your Dollars. Retrieved from https://www.forbes.com/sites/lmowery/2017/02/28/heres-why-single-origin-coffee-is-more-expensive-but-worth-your-dollars/#4ca8631f749e